skip to main | skip to sidebar

FOR PREACHING THE GOSPEL OF THE SON OF GOD

A true story of Patrick Henry. Adapted by Charles Woodruff.

Over 30 years ago I came across this account of Patrick Henry, that great champion of liberty, of his defense of some Baptist field preachers, who were being threatened by the government authorities. Since we are approaching Independence Day, July 4th, 2011, I felt it would be a good time to republish this article that has blessed me and others. I have revised and expanded some things  that complement the story. Be sure and follow all the links for some interesting reading. Our America is not as it once was. I am praying for revival. But, in this day we see many things that Christians and American patriots have held dear disappearing before our eyes. Only God can change this pattern if He is pleased to do so. If He is not, soon the "land of the free and the home of the  brave" will be a memory. Pray with me, in Jesus name, that God will turn the tide. Amen! 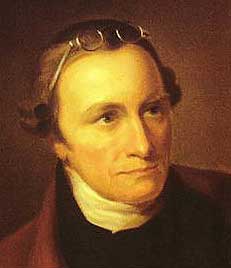 Patrick Henry heard about it and decided to defend them and aid in their acquittal.  The indictment brought against them was "For preaching the Gospel of the Son of God contrary to the statutes in that case provided and, therefore, disturbers of the peace.
The clerk was reading the indictment in a slow and formal manner. . ."For preaching the gospel". . . when a plain dressed man entered the courtroom and sat at the bar. He was known to the court and lawyers, but a stranger to the mass of people who had gathered on the occasion.  This was Patrick Henry. He had ridden some 50-60 miles from his Hanover County home to volunteer his services in their defense. He listened to the reading of the indictment with marked attention.  The first sentence which had caught his ear was "For preaching the Gospel of the Son of God". (1)
When the indictment had been read and the prosecuting attorney had submitted a few remarks, Henry arose, stretched out his hand and received the paper and then addressed the court.
“May I please, your worship, I think I heard read by the prosecutor as I entered this house the paper I now hold in my hand.  If I have rightly understood, the King's attorney of this colony has framed an indictment for the purpose of arraigning and punishing by imprisonment three inoffensive persons before the bar of this court for a crime of great magnitude as disturbers of the peace!
May it please the court. . . What did I hear? Did I hear it distinctly or was it a mistake of my own? Did I hear an expression as of a crime that these men whom your worship is about to try for a misdemeanor are charged with what?"
(Low and heavy tone)
". . For preaching the Gospel of the Son of God!”
Pausing amidst the most profound silence and breathless astonish­ment of his hearers, he slowly waved the paper three times around his head and lifted up his eyes to heaven with extra­ordinary and impressive energy exclaimed "Great God!"
The exclamations, the action, the burst of feeling from the audience were all over powering.
Mr. Henry continued: "May it please your worship in a day like this when truth is about to burst her fetters, when mankind is about to be raised to claim their natural and inalienable rights, when the yoke of oppression which has reached the wilderness of America and the unnatural alliance of ecclesiastical and civil power is about to be dis-served. . .a period when liberty, and liberty of conscience is about to awake from her slumberings, and enquire into the reason for such charges as I find exhibited here today in this indictment.”
Another fearful pause with the speaker alternatively casting his sharp piercing eyes on the court and the prisoners and resumed: "If I am not deceived according to the content of the paper I hold in my hand, these men are accused of preaching the Gospel of the Son of God! (looking up to heaven again).
Great God!"
Another long pause during which he again waved the paper three times around his head while a deeper impression was made on the audience.
Resuming the speech "May it please your worship, there are periods in the history of man when corruption and depravity have so long debased the human character that man sinks under the weight of the oppressor's hand and becomes his servile, his abject slave! He licks the hand that smites him!  Bows in passive obedience to the mandates of the despot! And in this state of servility he receives his fetters of perpetual bondage. But may it please your worship such a day is passed away.  From the period when our fathers left the land of nativity for settlement in these American wilds; For liberty, for civil and religious liberty, for liberty of conscience to worship their creator according to their concepts of heaven's revealed will.  From that moment they placed their feet on the American continent, in deep imbedded forests sought an asylum from persecution and tyranny.  From that moment despotism was crushed.  Her fetters of darkness were broken and heaven decreed that man should be free - free to worship God according to the Bible. But may it please your worship; permit me to enquire once more, For what are these men about to be tried? This paper says for preaching the Gospel of the Son of God.
Great God! For preaching the Saviour to Adam's fallen race!"
Another pause . . . loudly-"What law have they violated?" Then for the third time in a slow dignified manner, he lifted his eyes to heaven and waved the indictment around his head. , .
The pitch was at its height . . . The judge said: "Sheriff-discharge those men!
(From the original article in Western Voice, July 29, 1949. This magazine is no longer published).

Wow, what I have learned from reading this bit of history about Patrick Henry. I am in awe that he had the courage to stand up and what I can only say was led by God's Spirit and bring reproof to the egregious charge these men were facing!

For preaching the Lord God, they were charged with disturbing the peace. You are darn right they were disturbing the peace - the peace of every demon who sought to deceive the masses! Sadly today, these men would be charged instead with a felony concerning making intolerant statements that were filled with bias against the so-called "rights" of someone's choice!
I can only ask, "How long, dear Lord, before you return?"

It has always moved me, and along with Patrick Henry's famous "Give me liberty or give me death" quote, has made him just about my favorite patriot. I have read many other great things regarding him. There are a number of things named after him,. We have a county here in Georgia; Henry County. There are Henry counties in several other states as well There are schools, colleges, streets and even a now retired nuclear submarine named after Patrick Henry.

He was the Commander-in-Chief of the Virginia Militia and a member of the Continental Congress, the Virginia General Assembly and House of Burgesses and was involved in writing the Constitution of Virginia. He holds the distinction of being the only Governor in U.S. history to be elected five times as Governor of his State.

After reading, please comment on the article. It is easy. Just click on the comment section at the bottom of the article. There is a simple screening to keep vulgar comments from being posted, but I don't mind criticism or questions. You can also email me directly: oursong2000@yahoo.com After reading the article here, and commenting, click one of the links under MY OTHER BLOGS. You may also reach our Sermon Audio site in that section. Thank you!

charles
"He must increase, I must decrease" (John 3:30). My name is Charles Woodruff. I am 74 years old, and my desire is to serve God the rest of my days, preaching the old evangelical gospel that Paul and Peter preached, that Calvin preached, that Whitefield preached, that Spurgeon preached, and that Isaac Watts wrote about in his hymns. You are welcome! I hope you like our blogs.Your comments are also welcome. Please feel free to comment.

Periodic articles are sent to our email list via our Word of Truth publication, and our Morsels and Tidbits from Charles, usually before being placed here. If you want to receive these immediately after publication, just email Charles at:
oursong2000@yahoo.com 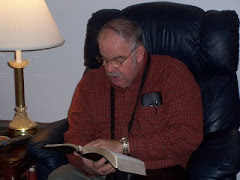 WEB SITES TO CHECK OUT

ATTENTION!!
As of November 14, 2009, we added a live link here at Cyberwordoftruth so you can listen to many of our Sermon Audio selections right here at the blog without going anywhere else. We put the access buttons near the bottom left of the page for convenience. Look and I am sure you will see them. Of course, if you want complete information about a sermon, you will have to click the Word of Truth at Sermon Audio link. It is in MY OTHER BLOGS box.We have many more messages there at the site. All are free to download. I hope you enjoy the sermons.

It was 2008, when we started placing audio sermons online Some of the sermons we have at that site ( and now here as well), are from old tapes converted to MP3, but the quality is pretty good. Now we have also added newer ones by others, as well as myself, that are mastered digitally from the start. So we have a mixture of old and new. I hope they are helpful. It is a growing ministry still committed to the Old Paths of the true gospel. There is not another gospel!

Use the links in MY OTHER BLOGS to check all the blogs If you want to receive in your email our publications Word of Truth, and Morsels and Tidbits From Charles, please send your email address to me at oursong2000@yahoo.com